Before taking part in the youth exchange, I knew very little about 1968. It made me aware of the social movements, life and how people broke their chains from the country, employers, … It was very interesting to compare the social environment then and now. We are still being controlled by the social norms, politics and our own fears. On the second part of the YE we were learning and discussing non-violent communication and we were trying to find the needs behind our emotions. Niklas, our coach, and facilitator did an amazing job creating a safe place for every participant so we felt very secure sharing our experiences and views.

It was nice that we had a variety of morning session to choose from and to start the day with good feelings. Q-sessions were also an interesting idea, to get to know more about things you are interested in. All the activities were well structured and included some free time. Weimar is a green and peaceful city, full of history and arts. The park provided me with a place to get my thought together, to reflect on the YE and to get some alone time.

During the exchange, I met a lot of interesting people and I enjoyed sharing my opinions and discuss with them. I also got to know myself more, activities made me more aware of my emotions and how to train my thoughts.

Youth exchange Real Love & True Utopia in Weimar was for me the first of  Erasmus+ exchanges. As a first one, it set very high standards for any exchange of this kind. Workshop organization was exceptional, accommodation amazing, trainers and other participants were extremely welcoming and kind. I would like to thank EJBW, SA, and EU for this beautiful experience.

The youth exchange  TRLU in Weimar was my first experience of this kind. The themes were very diverse, but they were well intertwined with each other. It was interesting to learn about history in 1968 from various cultural and national aspects. I have known most of the themes since before, so there was not much new information for me. 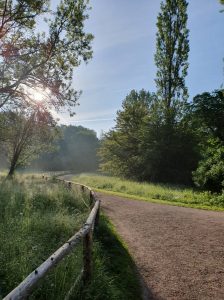 I was in the Erasmus+ youth exchange “Real Love & True Utopia. 1968 revisited”, in Weimar Germany.  It was some kind of a glance at our past during the so-called 1968 movements,  its impact, changes and it’s still effects on our nowadays life’s.

We were an amazing group of around 55 people from Slovenia, Greece, Hungary, Italy, Germany, Portugal, Romania, France, and Spain.

Never had the experience in E+ program, to be accommodated in such a beautiful environment surrounded by nature. Waking up with bird sounds and a forest view instead of roads and cars passing by … it’s not something I did expect or even imagined, but I sure did appreciate it.

Because of being a group of too many people we were divided into 3 smaller groups, each with its own facilitator. By character, they were very different, but that fact was the spice of its own uniqueness.

Nevertheless, they shared with us their kindness and eagerness to educate us on topics they cared about, through methods which were structured in front and also created with our input, experiences, choices, and wishes. And yes, sometimes it was an emotional rollercoaster, but all the big and small changes happen out of our comfort zone, even if it’s an inch like a step.

For a little, I’ve missed the opportunity to know the group as a whole a bit better … but I’m very looking forward to doing that in the 2nd phase of the project.

Youth exchange Real Love & True Utopia was exploring 1960’s movements and the topics those movements raised in the society. Workers, students and feminists movement each fought their own fights, but sometimes also collaborated in their strive for the same goals. It was very interesting to get to know what was happening around the world at that time, especially in the countries of the participants. Greece, Portugal, Slovenia, Germany, Hungary, Italy, Romania, France, and Spain were each experiencing their own ‘revolutions’ (or the lack of them).

It seems so convenient how in schools the history lessons end around the 2nd world war when the ‘time runs out’. We learn about treaties and have to memorize numerous dates of ‘the great battles’ and ‘the great people’ who ran them. History is often so dryly explained in the classrooms and mostly it’s about learning by heart. Where’s the greater understanding of the past events, why they happened and what were their consequences for the societies and the world? What about personal stories?

Why did I need this youth exchange to learn about the three waves of student movements in my country in the 60’s and 70’s? I know more about Egyptian pharaohs than about the recent history of where I come from. If all these movements in the various countries in the 1960’s, by the accounts of many historians and people who lived them, represent great societal milestones, why are they so invisible? Something is really wrong with the way we teach history.

#TLRU youth exchange also gave me an insight into the way of thinking of those who belong to the modern feminist movement(s). How can something so revolutionary, a movement striving for ‘the right thing’, under the pressure of political correctness and uniformity of thought, turn into a shadow of itself? It will definitely be interesting to explore this topic further during the next youth exchange in Kalamata. Can we, in the current state of thought, create a truly revolutionary movement that will be seen in 50 years as a breakthrough one and set a new milestone? 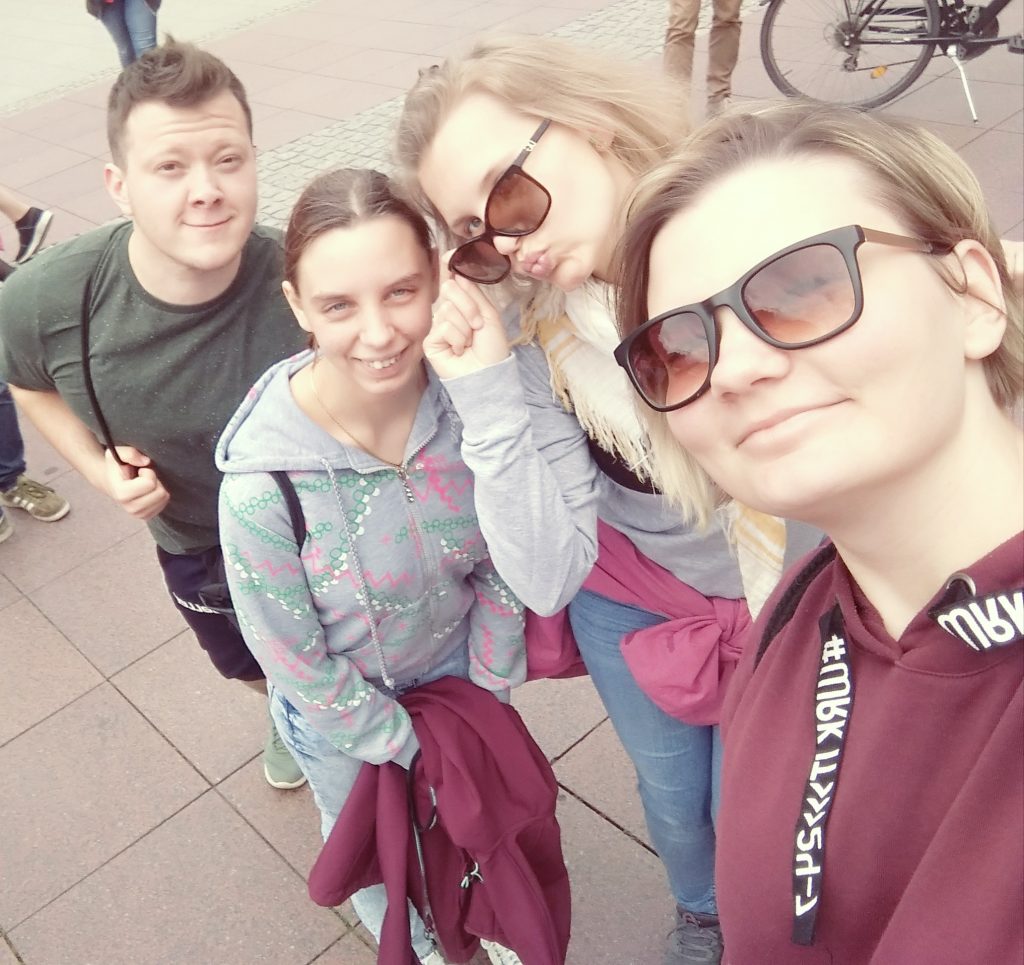 The youth exchange is cofinanced by program Erasmus+.

This website uses cookies to improve your experience while you navigate through the website. Out of these, the cookies that are categorized as necessary are stored on your browser as they are essential for the working of basic functionalities of the website. We also use third-party cookies that help us analyze and understand how you use this website. These cookies will be stored in your browser only with your consent. You also have the option to opt-out of these cookies. But opting out of some of these cookies may affect your browsing experience.
Necessary Vedno omogočeno
Necessary cookies are absolutely essential for the website to function properly. This category only includes cookies that ensures basic functionalities and security features of the website. These cookies do not store any personal information.
Non-necessary
Any cookies that may not be particularly necessary for the website to function and is used specifically to collect user personal data via analytics, ads, other embedded contents are termed as non-necessary cookies. It is mandatory to procure user consent prior to running these cookies on your website.
SAVE & ACCEPT
UA-42404711-1