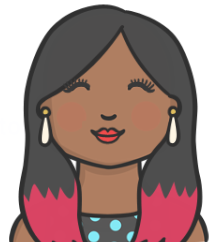 School context: High school in an urban setting, in the city centre. The student population is very diverse: some students come from middle-class families, some from a poor background and a few from wealthy families. The school has about a third of minority students. The school general climate is pleasant, students tend to like school and most of them have a group of friends in the school. Students often approach teachers with their problems. There have not been many cases of cyberbullying reported yet and very few cases of traditional bullying. The school has an anti-bullying policy and monthly bullying prevention assemblies for students.

Case summary: Sara, age 14, has reported being cyberbullied to the school counsellor. She had sent some ‘dirty’ photos to her 15-year-old boyfriend through Snapchat. He has shown the photos to his friends and now the boys are making fun of her. They are calling her names as she walks by them in the hallway. She has also received 13 Snapchat messages requesting naked pictures of her. The principal and the teachers have not reacted yet but plan to discuss the incident during the teachers’ conference next month. None of the other students have been approached about the incident so far.

Initial investigation: When Sara reported the incident, the school counsellor took notes of her statement. Since Snapchat deletes shared content after it has been viewed, no record of either the photo or the messages exists.

In general, students in the school are very skilled in using social media. Almost everyone has a cell phone and most of the students use Facebook, Instagram, Twitter, Snapchat, Viber and Whatsapp. They use social media for fun, to send photos, videos, to express themselves. Teachers are mostly familiar with social media platforms, more than half of them also have Facebook, Twitter and Instagram profile, some are also using Whatsapp.