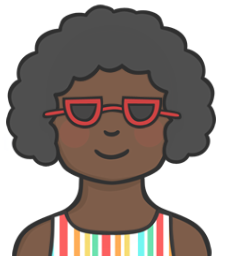 At the beginning of the school year, Sara moved into a new school. At first, things were great and Sara was very popular. However, after a couple weeks at her new school, her parents noticed that she seems depressed and anti-social. They observe that she rarely socializes with her friends. Sara’s parents are worried about her and suspect that something is not quite right at school. They try to talk to Sara, but she is reluctant to talk. She tells them that she and her friends had an argument and are not getting along. Sara’s parents do not realize the problem is more dangerous than a disagreement between friends.

One day as Sara arrived at school, other students began to giggle and laugh at her. Some even made strange remarks about her eating lunch in the lunchroom. Sara was embarrassed and confused. She did not mention this to anyone that day and thought that it would just go away.

After returning home from school, Sara decided to check her email. She had one email from a person that she did not recognize. Inside the email, was an embarrassing picture of Sara in the lunchroom eating. Immediately, Sara realized that this picture was the reason that all the students had been laughing at her when she arrived at school that day. Another student must have taken this picture in the lunchroom at school and sent it to everyone in her class. Sara was alarmed and began to cry. She immediately deleted the email and did not tell anyone about the email.

As the weeks passed, the incidents escalated. Sara received more and more embarrassing and sometimes even threatening emails from the person. She deleted each and every one. Sara was too humiliated to tell her parents or her teachers. Her teachers noticed that she had begun to fall behind in school and seemed to be very depressed.